We all have the right to choose who we love and who we want to spend our lives with. Forced marriage is an extreme violation of your human rights.

It is illegal to:

Someone may force you to marry using violence or threats of violence and sexual violence. They may use emotional blackmail to force you to marry, suggesting that you are bringing shame on yourself or the family. You may be socially isolated until you ‘come round’. Your freedoms and finances may also be restricted.

As well as coping with any physical violence, you are likely to feel scared, isolated, and anxious. You might be worried about making a report to the police because you don’t want anything to happen to the people forcing you to marry, but you may also feel scared about the position they are putting you in.

It is normal to feel this way and you are not alone. You may feel that that there is no way out of your situation, but help is available.

What you can do

You can apply for a Forced Marriage Protection Order if you’re in a forced marriage, or you or someone else is being threatened with forced marriage. It’s free, but you should check that you’re eligible to apply, and you will need to attend a hearing.

The order is a legal document issued by a judge, designed to protect individuals based on their particular circumstances. It contains legally binding conditions which can prevent anyone from taking you abroad or entering you into a marriage contract. If someone breaches the order, this is a criminal offence and the police will get involved.

You could qualify for legal aid to help you with legal costs.

Forced marriage is against the law and is wrong, but even if you really don’t want to talk to the police or other agencies then please think about the following safety advice if you think you may be forced into a marriage in this country or abroad:

The police encourage victims of forced marriage to get help from them. They have specialist officers who can deal with issues, and who will help and support you through the process.

The police will respect your wishes, respect confidentiality, establish lines of communication and provide appropriate support and guidance via a number of support agencies.

You can contact your local Specialist Domestic Abuse Investigators for help, advice and support.

An emergency is when a crime is being committed or has just been witnessed, there is a risk of injury, or a risk of serious damage to property.

Use this number to report a non-emergency incident or make a general inquiry.

Contact Crimestoppers on 0800 555 111. Crimestoppers is a charity which is entirely independent of police and never share details with police of people who have got in touch.

The Forced Marriage Unit runs a helpline that provide advice and support to victims of forced marriage as well as people and professionals who are worried about someone else who is at risk.

They can also help to bring you back to this country if you have been forced into a marriage abroad.

Karma Nirvana is a UK registered charity that supports victims and survivors of Forced Marriage and Honour Based Abuse.

Their website contains information about forced marriage, including a list of support agencies who can help you. 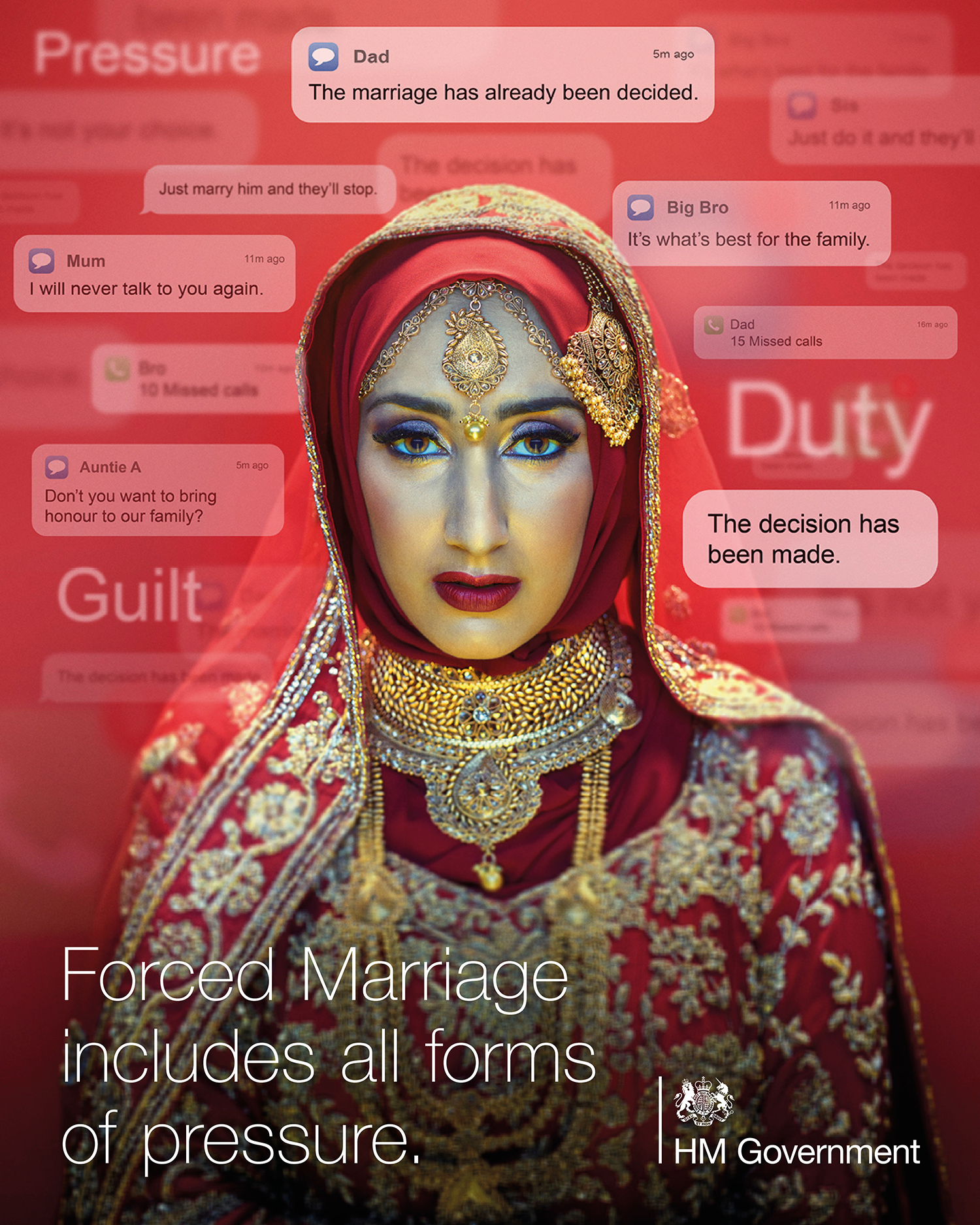 Karma Nirvana is a UK charity that supports victims and survivors of forced marriage and honour based abuse.

Forcing someone to marry isn’t always physical, but it is always against the law. For help and support, contact the Forced Marriage Helpline on 020 7008 0151.